Home
Kitchenware
Cheese Melter vs Salamander : What Are the Key Differences?

There's no denying that cheese is tasty. Regardless of the type of melt cheese you prefer, one thing remains the same: it must be melted to perfection to be consumed.

Both a cheese melter and salamander are restaurant equipment for kitchens used to melt cheese and other foods. But which should you choose?

Our blog post compares the features and uses of each appliance, helping you to make an informed decision on whether to buy one. 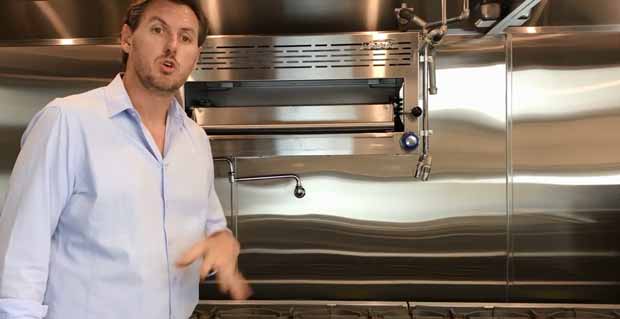 A salamander grill or broiler is a cooking appliance made to cook food. In this type of oven, there is a heating element on top, which heats your food up.

This allows you to cook foods at temperatures that are more consistent and less likely to burn or overcook.

A gas salamander broiler has two settings: one for broiling or frying and one for baking.

The temperature can be adjusted accordingly depending on what type of dish is being prepared with it. The key features of this appliance include a drip pan below, as well as an adjustable rack system inside where the stove sits within the oven box.

Additionally, the front door has a control system for adjusting the heat and shutting off the power. This appliance is perfect for frying bacon, salmon, or croissants. 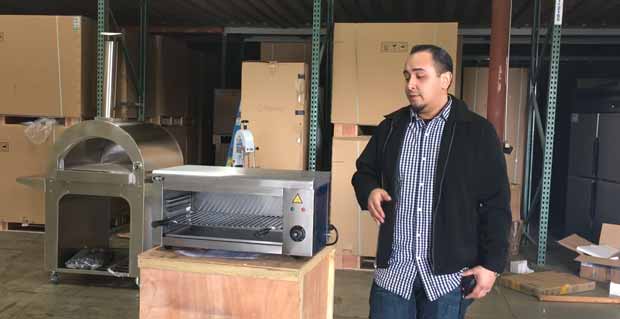 A cheese melter is an appliance can also be used as melt fresh cheeses and other foods in a pot at lower temperatures than what would be required with a salamander broiler or oven.

A melter usually comes equipped with two heating elements that are controlled by buttons on top of the machine.

That prevents food from spilling while it cooks, and handles that make transportation much easier when cooking large meals such as lasagna or chili con carne.

While there isn't typically any rack system inside this type of appliance, pots are often placed on a burner or metal rack.

Despite the similarities between cheese melters and salamanders, there are some differences as well. We attempt to explain them in the following section:

Cheese melters can be electric or manual while a salamander is usually an open flame.

A cheese melter is typically easier to regulate temperature levels with than a salamander broiler. This means you don't have to worry about your food burning or overcooking when cooking at lower temperatures.

Salamanders are typically much easier to transport on a rack system, while cheese melters have pots that come off and can be placed on another burner or metal rack.

Cheese melters and restaurant salamander are primarily used in commercial kitchens, while salamanders can be found both in the home and in restaurants as kitchen equipment.

Surface Area of the Cooking Surface

A cheese melter has a much larger surface area than a salamander broiler, which means it can cook more food at one time.

Salamanders are not recommended for covering cheese, but they can work wonderfully with cake frosting or chocolate ganache.

Cheese melters cover many kinds of cheese and come in handy when preparing certain dishes like fondue or baked macaroni and cheese.

Many types of meat are cooked by salamanders, including steak and bacon, while cheese melters usually just melt the cheese and other foods like toasting bread crumbs or butter.

Both appliances are used to melt cheeses and other foods but the difference lies in how they cook food. Cheese melts take about two minutes on average, whereas cooking with a salamander takes about 20 minutes.

Costs and benefits of cooking 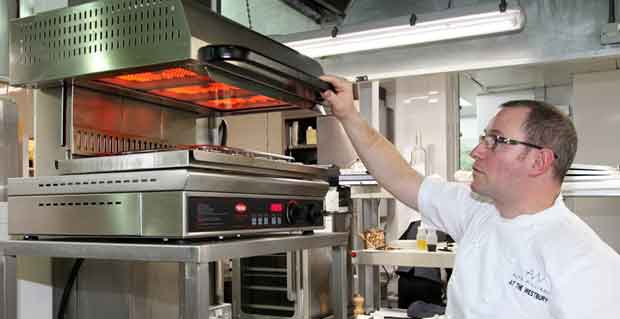 Salamanders are less expensive for home use because they do not require electricity so if the power goes out you still have access to your appliance.

However, it takes longer to cook most foods with them because of their open flame nature compared to electric buttons on cheese melters.

So what are you waiting for? Find out how each appliance can help with one of life’s simple pleasures!

We hope that we have been able to make an informed decision about which type of cheese melter will work best in your kitchen by now.

But in the end, the decision should depend on what works best for you. 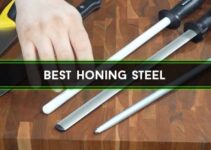